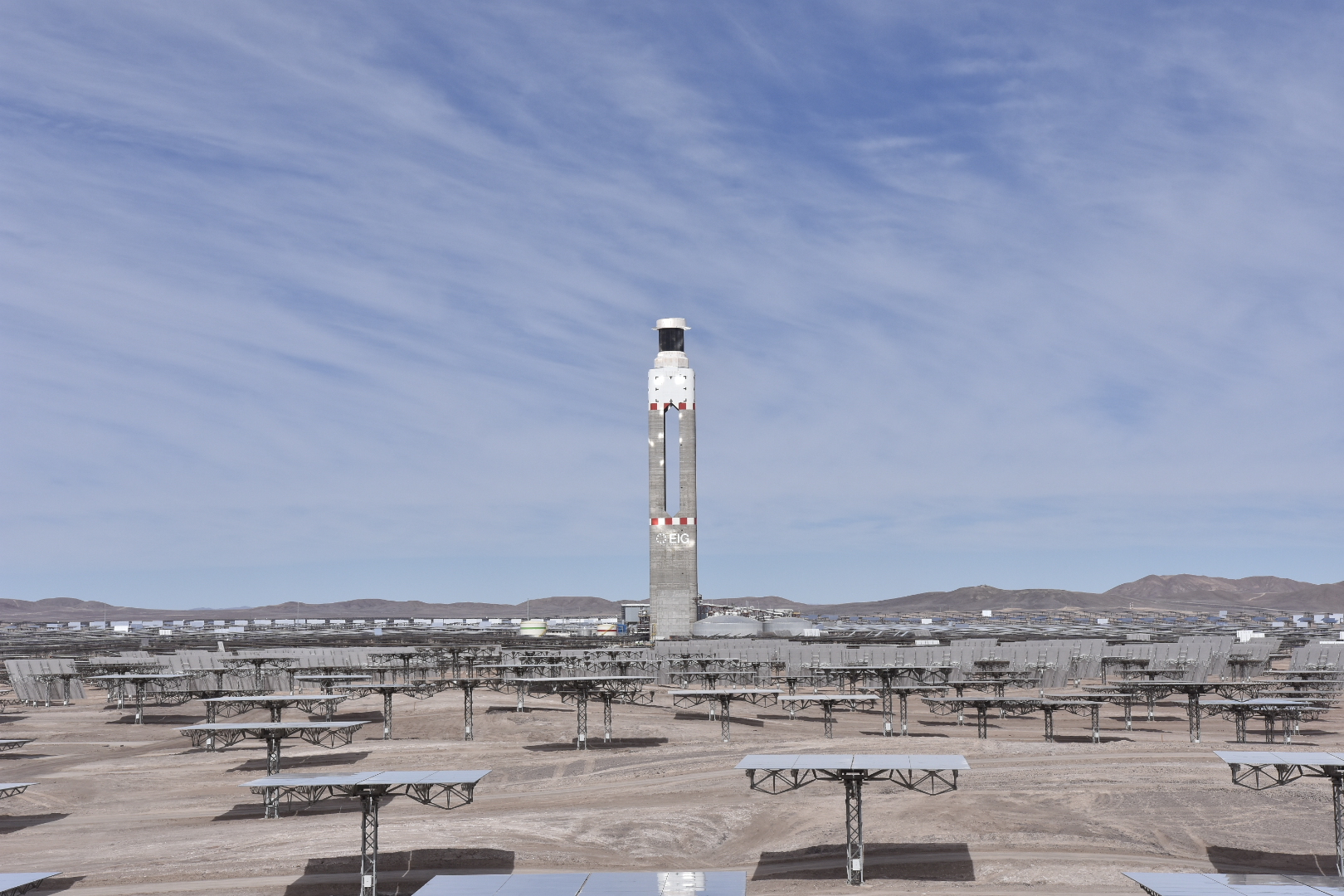 The Cerro Dominador solar complex, located in Maria Elena, in the heart of Chile’s Atacama Desert, inaugurated its CSP plant after a successful process of gradual synchronization with the Chilean electricity system. The plant generates 100% clean energy both during the day and at night.

Its beginning of operations is an important milestone in the decarbonization commitments assumed by Chile and it is a great contribution to having a renewable energy matrix. “We are proud to contribute with clean, flexible and innovative energy towards achieving the carbon neutrality goals of Chile,” said Fernando González, CEO of Cerro Dominador.

The inauguration was attended by the President of Chile, Sebastián Piñera, the biminister of Energy and Mining, Juan Carlos Jobet, and the Minister of the Environment, Carolina Schmidt, who agreed that Cerro Dominador represents innovation and a significant step forward in the energy transition process that the country is undergoing.

“Chile is leading the global transition towards clean and innovative energies, such as the one generated by this plant that produces energy 24/7. Innovation and new technologies will be essential to achieve the goal of carbon neutrality by 2050, and that is why we will continue working to promote projects that improve the quality of life of Chileans and contribute to the decarbonization of the planet. Chile has some of the best solar and wind renewable resources in the world which will help slow down global warming. We have to take advantage of Chile’s potential to achieve better energy. We want Chile to be: dynamic, sustainable and with development focused on people’s well-being”, said the biminister of Energy and Mining, Juan Carlos Jobet.

“Cerro Dominador is not just a state-of-the-art energy project, it is much more than that, it is a step towards a better, cleaner, more sustainable, greener world, in which human beings can have not only the security to survive on planet earth, but also to have a good quality of life “, said President Sebastián Piñera when inaugurated the plant. “Science has spoken loudly and clearly, if we do not change course, we are heading towards an ecological disaster. Citizens demand that we change that course as a moral imperative, and technology gives us the instruments to do so”, he added.

The 110 MW solar thermal facility has 10,600 heliostats, each with a surface area of approximately140 m2, on a site of more than 700 hectares, which concentrate the reflected solar radiation onto a receiver located at the top of the 250-meter-high tower, through which molten salts circulate, absorbing the heat. Salts are then stored in large tanks to be used to generate electricity through a steam turbine, avoiding the emission of approximately 640,000 tons of CO2 per year and supplying a city of approximately 380,000 homes. Together with its photovoltaic plant, Cerro Dominador generates 210 MW of energy.

The project obtained financing from the European Union’s Laif Program and KfW from Germany (through CORFO), as well as from a consortium of international banks, and was built by the Acciona-Abengoa Consortium.