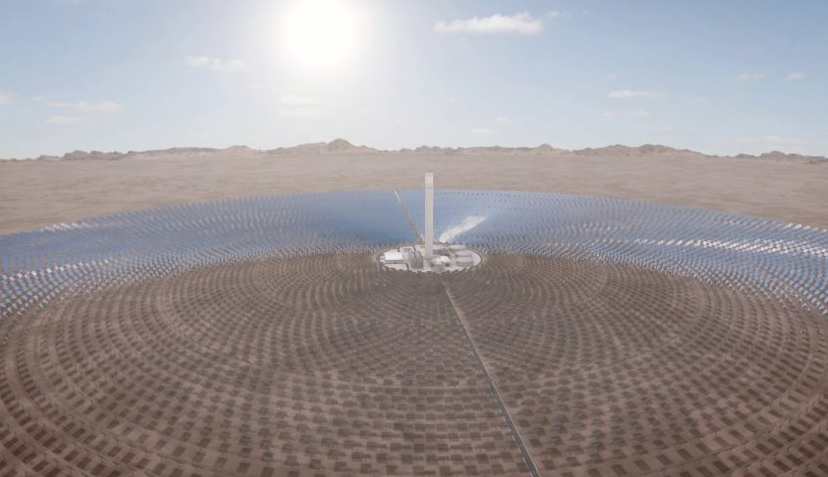 The platform was owned by Abengoa in a joint venture with EIG Global Energy Partners, who now becomes the project’s owner.

December 2016.- EIG Global Energy Partners, a leading institutional investor in energy infrastructure, has resumed work on the Cerro Dominador solar complex, after it had to be slowed for reasons beyond its control.

The solar complex is comprised of a 110 MW tower technology thermo solar plant and a 100 MW photovoltaic plant located in the Atacama Desert, the area which receives the highest concentration of solar radiation in the world. The solar thermal plant will have a pioneering thermal storage system, designed and developed by Abengoa that boasts 17.5 hours of energy storage, thus making this technology highly manageable, enabling it to supply electricity in a stable way, 24 hours a day, and responding to electricity demands at all times.

This restart is initially expected for its photovoltaic plant, which is planned to start operating in the second quarter of 2017, injecting clean energy into the Chilean electrical grid and reducing the country’s dependence on coal and natural gas.

Both EIG and Abengoa will continue to work together to reach financial closure of the solar thermal plant, which is expected to happen in 2017, and that will enable a definitive resume of works in the area.