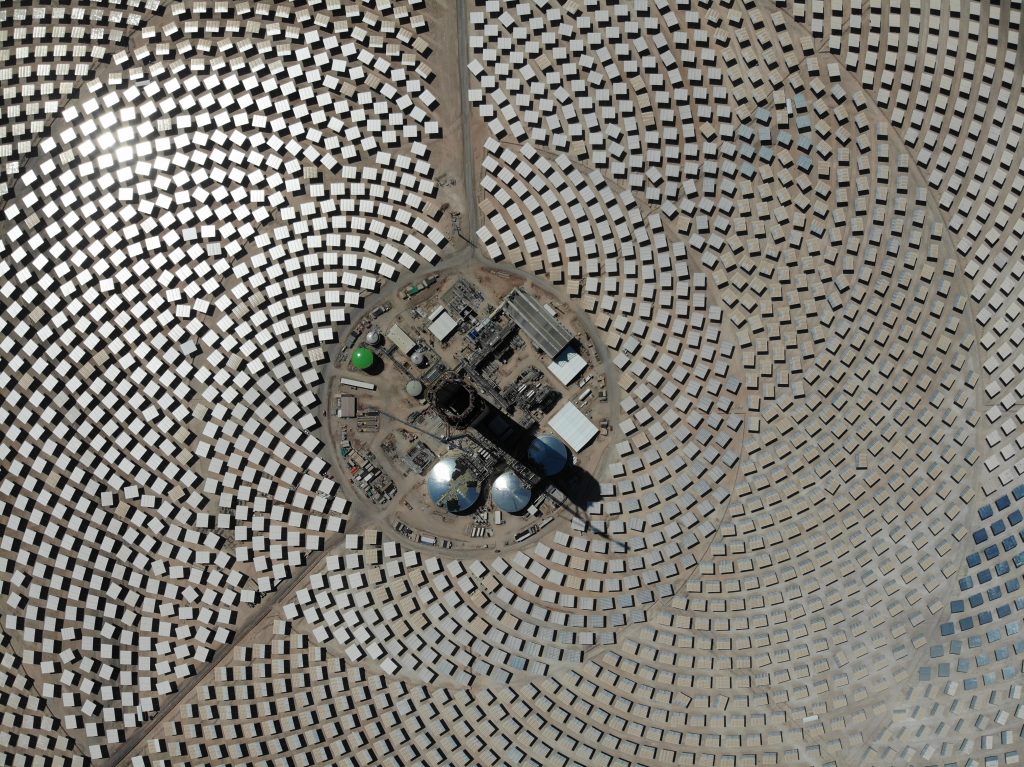 The Cerro Dominador Group closed an agreement this month to acquire the rights to this project, which has received environmental approval and will generate 450 MW using Concentrated Solar Power technology.

Santiago, October 2019 – The Cerro Dominador Group, owner of the first solar thermal power plant in Latin America, acquired all the rights to the Likana Solar project belonging to Solar Reserve, a U.S. company.

The Likana project is located near Calama and is one of four solar thermal energy projects that have received approval in Chile, which has the best radiation in the world for this type of plant. The structure will consist of three towers with a 13-hour energy storage capacity.

The main feature of solar thermal power plants is, apart from zero-emission power generation, the flexibility and availability that they give the system as they can supply exclusively solar energy to the grid according to demand. This makes these plants a key alternative in the country’s decarbonization process.

In practice, the plant captures solar energy through heliostats, giant mirrors that follow the sun’s path, turning on two axles. The heliostats concentrate on one point, the collector located at the top of the tower. Radiation is absorbed by heating a current of cold molten salt to a temperature of 565ºC. This allows electricity to be generated at night.

The Group took over the Cerro Dominador complex in late 2016, where progress is now at 85%, and bought the rights to a second project in 2018. Likana is the third solar project acquired by the Group in Chile.