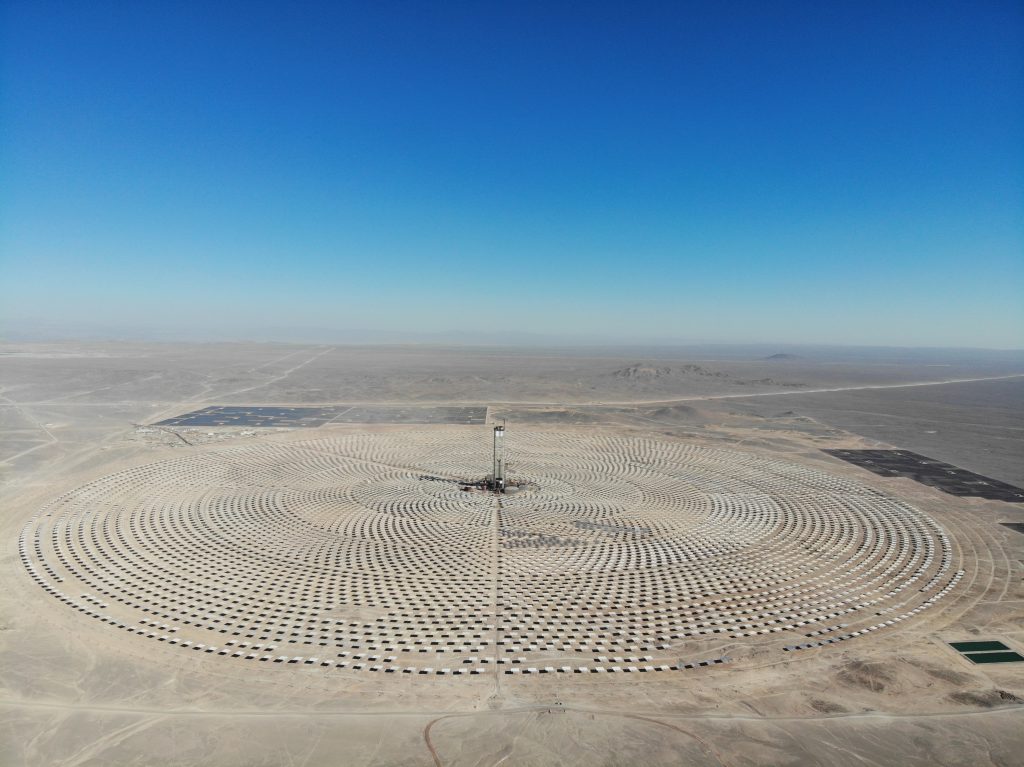 Copec has signed a “PPA” with Cerro Dominador, the first concentrated solar plant in Latin America, which will cover 50% of its energy consumption and cut its annual CO2 emissions by 19,850 tons.
The initiative is part of Copec’s sustainability strategy, which seeks to contribute to the energy transition process in Chile.

Copec and Cerro Dominador, a renewable energy generator in the Atacama Desert, have signed a “PPA” (Power Purchase Agreement) that will allow Copec to cover 50% of its energy consumption, including the 72 biggest service stations in its network, almost the entire network of Copec Voltex electricity charging stations and eight of its 16 plants in different regions of Chile.

The contract is the result of a bidding process held by the company, which will be in force for five years and begins operating in July 2020. In addition, it will allow Copec to cut its annual CO2 emissions by 19,850 tons, which represents 11.8% of its total carbon footprint.

Located in the heart of the Atacama Desert, Cerro Dominador is a cutting-edge energy complex composed by a 100 MW photovoltaic (PV) plant and the first concentrated solar plant (concentrating solar power) in Latin America, with a capacity of 110 MW and 17.5 hours of thermal storage. Cerro Dominador is capable of supplying energy 24 hours a day in a manageable and efficient way by combining two types of sources: photovoltaic and concentrated solar.

“The signing of this agreement is an expression of Copec’s commitment to Chile’s goals and to sustainable development. Today, more than ever, we face the challenge of doing our jobs according to demanding operational, social and environmental standards. The agreement with Cerro Dominador is a concrete action on the path to sustainability and a boost to renewable energies in Chile”, Copec CEO Arturo Natho said.

For his part, Leonardo Ljubetic, Corporate Manager of Development and Administration, said: “Cerro Dominador coincides with our vision of the future and with Copec’s interest in contributing to the energy transition process, joining other initiatives that we are developing for electric vehicles and distributed generation. This agreement for clean energy is also a transcendental step toward taking advantage of the resources available in our desert, which has the highest levels of solar radiation in the world”.

For his part, Cerro Dominador CEO Fernando González commented: “Considering Chile’s goal of decarbonizing the country, and the possibility of moving it ahead after the announcements at COP25, our technology emerges as an alternative with the most potential for this momentous challenge. We feel proud to be part of the environmental solutions that the world needs, which is why this agreement is a very important step in that direction”.

The “PPA” with Cerro Dominador is part of Copec’s sustainability strategy, which seeks to contribute to the national energy transition process and which, for the company, entails gradually diversifying its value proposition to the market, in addition to systematically raising the environmental standards for its everyday activities.

This strategy also includes developments such as Copec Voltex, the largest quick charging network for electric vehicles in South America, and the recent investment in Ampere Energy, a company specialized in integrated energy storage systems, which in the future will allow the distributed generation model to be promoted among Chileans.