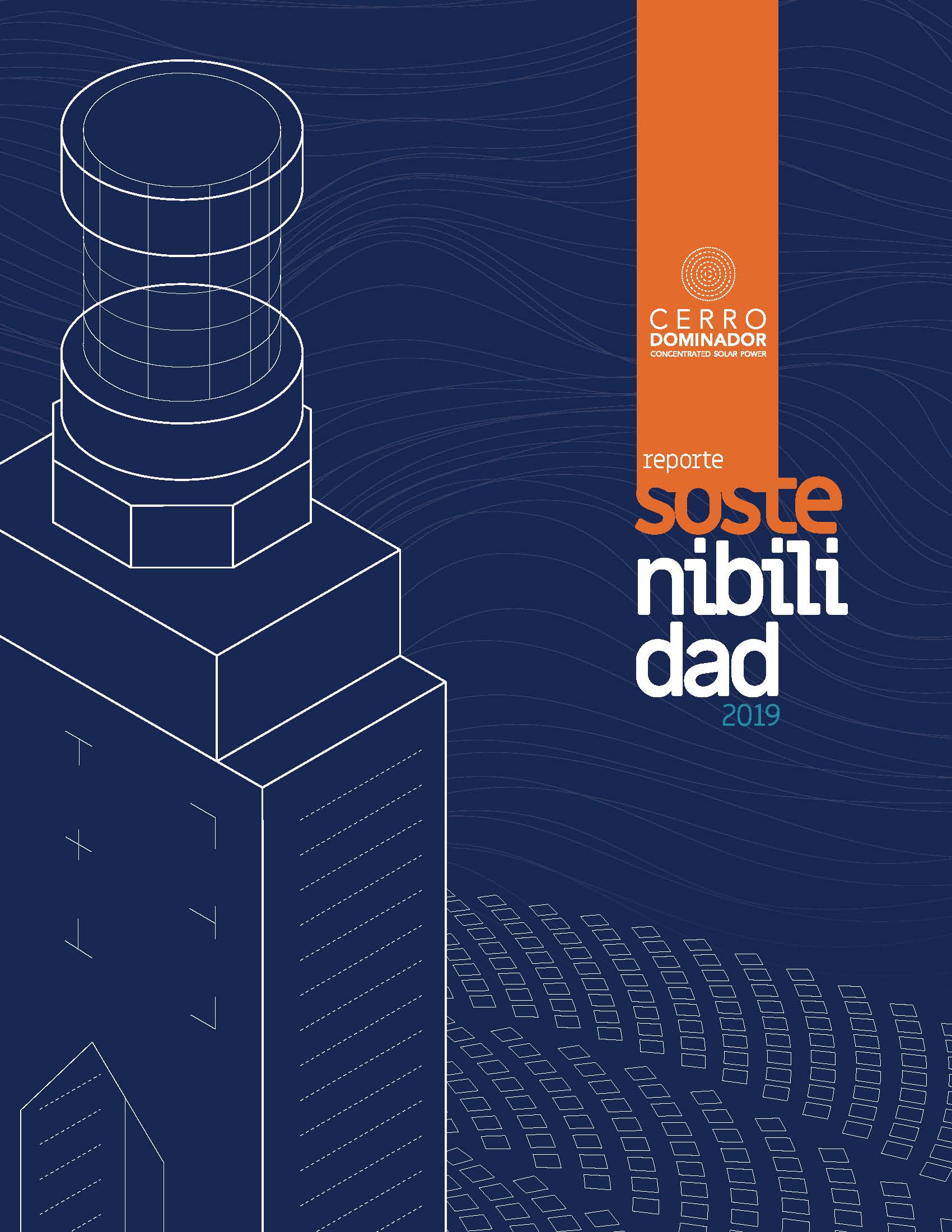 This first report is a management tool for the company and presents to its different stakeholders the environmental, social and economic management of the company.

July 2020, María Elena, Chile – Cerro Dominador presented its first public Sustainability Report, to inform to the different stakeholders of the company the results and impact of management during 2019 in economic, social and environmental matters. “The sustainability of our company is key to its management in different areas. In the current scenario, it becomes even more relevant as a fundamental component of the coming revival,” says Fernando González, CEO of Cerro Dominador.

This is the second report developed by Cerro Dominador, but this time it was decided to make it public to establish a good practice to accompany them during the following years. This report seeks to strengthen its transparency policy by providing important and detailed information about the most relevant indicators for Cerro Dominador operation. Among the topics addressed are: Governance, Sustainability Policy, Networks, Environment, People and Community Relations, among others.

One of the most remarkable aspects of this report has to do with the commitment and contribution that Cerro Dominador has made to the development of local communities. One of the most successful initiatives was the program “Mirrors”, which encourages the hiring of local labor and whose objective was that 75% of the workers present in the area of ​​the Heliostat Manufacturing Warehouse and the Solar Field were residents of María Elena town. During 2019 Cerro Dominador completed the assembly of a Solar Field and in the construction of the project a distinctive element was the incorporation of 97% of local labor, and in general terms more than 70% of Cerro Dominador workers belong to the region from Antofagasta.

Cerro Dominador also implemented Tourism Promotion and energy socialization programs in educational establishments in María Elena, teaching and sharing with schoolchildren the great solar potential of the place in which they live. Parallel to the second half of 2019, the Education and Energy Program began in two educational establishments in Sierra Gorda, whose objective is to bring the operation of the project closer to the students and residents of the community. This through the socialization of issues such as climate change and the role of renewable energy in its mitigation.

Another point that fills us with pride is the concretion of a policy of gender parity unprecedented in the industry. Walking towards greater internal equity in the organization is a challenge that Cerro Dominador has imposed on itself and that has begun to materialize thanks to the signing of two agreements: “Energía Más Mujer” from the Ministry of Energy and Win Win from UN Women. In fact, in August 2019 we received the visit of the Minister of Labor who highlighted the fact that 25% of the total of those who work in the heliostat and Campo Solar were women, something that is not very frequent in this area.

The report was prepared in accordance with the standards of the Global Reporting Initiative (GRI) and respects the guidelines of the ISO 26,000 Standard on Social Responsibility.

Cerro Dominador is a solar energy project, with the first concentrated solar power plant built in Latin America. With a total of 210 MW from a combination of CSP and photovoltaic technologies, the project will provide renewable base energy to the Chilean electricity system.