In the midst of the Atacama Desert: installation of sculptures by Federico Assler, recipient of the national art prize, at Cerro Dominador 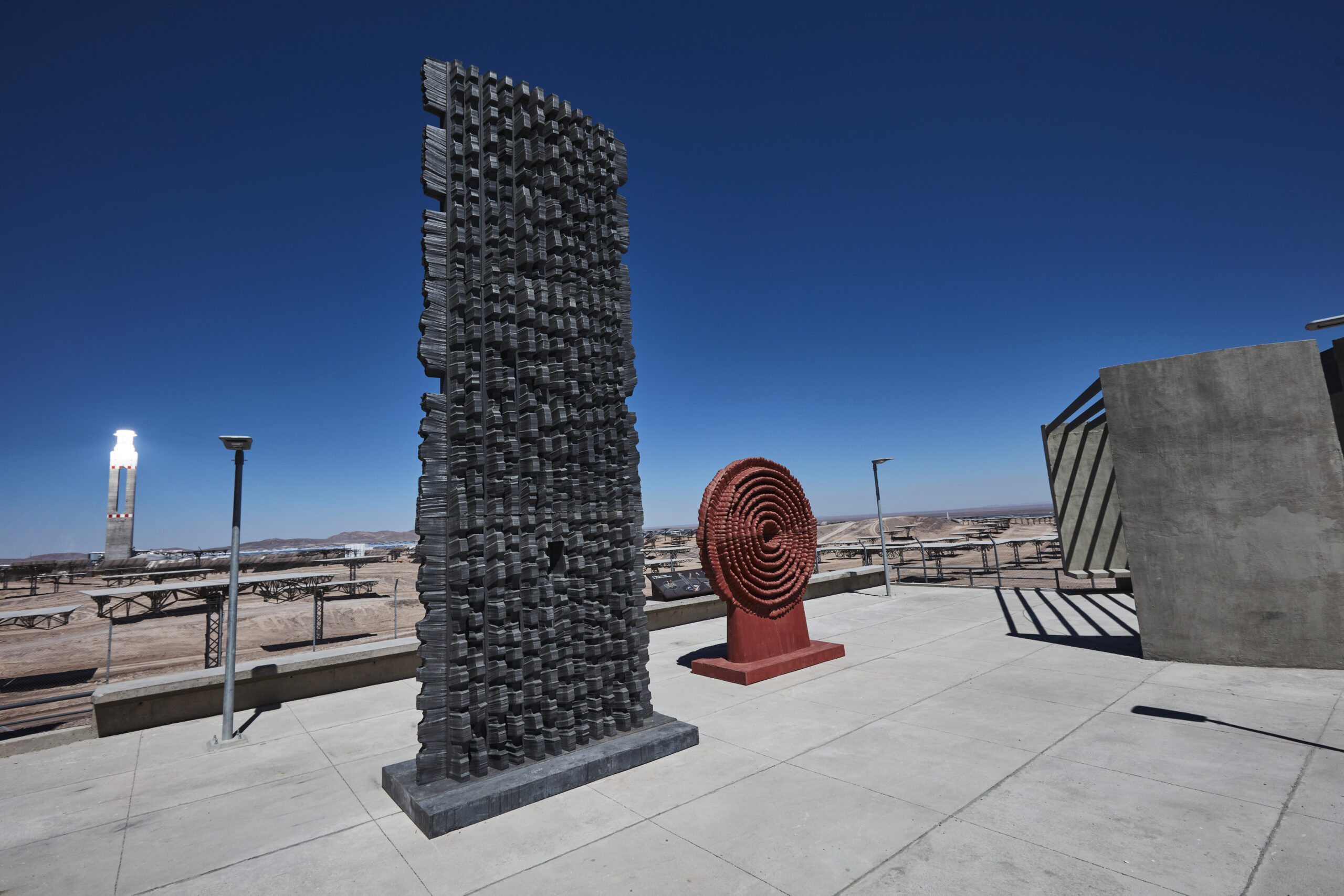 The sculptures are on a lookout inside the confines of the first concentrated solar power plant in Latin America that also has an Observation Center to publicize the science and scientific tourism in the zone. This area will soon be transferred to the community of María Elena, where the plant is located.

The construction of the Observation Center at Cerro Dominador concluded with the installation of two concrete sculptures, each 6 meters high, one red and the other gray, sculpted by Federico Assler, recipient of the National Art Prize (2009). This lookout will, in addition to the panoramic view of the plant it offers, provide information on what the plant is and how it works. This place is intended to disseminate the science and foster scientific tourism in the zone

“Cerro Dominador is set on a plateau where there is a hillock offering a panoramic view of the plant in all its glory. That is where the Interpretation Center is,” commented Rodrigo de la Cruz, the lookout’s architect and designer.

The crowning works of the project were created in the studio of Federico Assler, in Maipo Canyon, and freighted by ground to the Atacama Desert to complete one of the last milestones before the upcoming inauguration of what will be the first concentrated solar power plant in Latin America. Mr. González added that “We wanted to do something unusual, not an esplanade where people stop and take pictures. We wanted to do something that added value, that explained and helped see technology, innovation and science blended with art.”

The first step for Federico was to visit the plant. “Being there, seeing and touching this concrete element nearly 260 meters high arising from the desert was very, very impressive.” As for the complete project comprising his sculptures, this artist, close to 92 years old, said: “I believe that this place represents the human being who investigates, who dreams, who has that zeal to build and blend science and technology.”

Story of a unique project

“The first large mirror dates back to January 2015, manufactured and installed by female workers from María Elena. Thanks to these huge structures that reflect radiation to the central tower, energy can be produced at night after the sun sets.” This tale is one of the stories that the Interpretation Center will tell in portraying the history of how this unique project was created.

The Cerro Dominador lookout will use audiovisual material and infographics to explain how the plant works and the story behind the more than 3 thousand workers who are involved in this pioneer project in Latin America that will inject 210 MW of clean energy, capable of supplying a city the size of Antofagasta.

At the top of the Observation Center, there´s a spot for astronomy, designed with the support of the National Research and Development Agency (ANID, dependent on the Ministry of Science) through its instruments FONDECYT and Centro Basal CATA (Centers ANID).

Patricia Tissera, an astronomer from the UC Institute of Astrophysics who participated in the implementation of the Observation Center together with experts from the Diego Portales University and the University of La Frontera, says that three explanatory panels were installed with information about the Earth, the Sun and our Milky Way. Last February, Tissera came to the plant with Silvana Zúñiga, an artist known as Anima Hop, who specializes in making scientific murals and created an impressive painting of the Milky Way for the project.

See the video in this link: Video 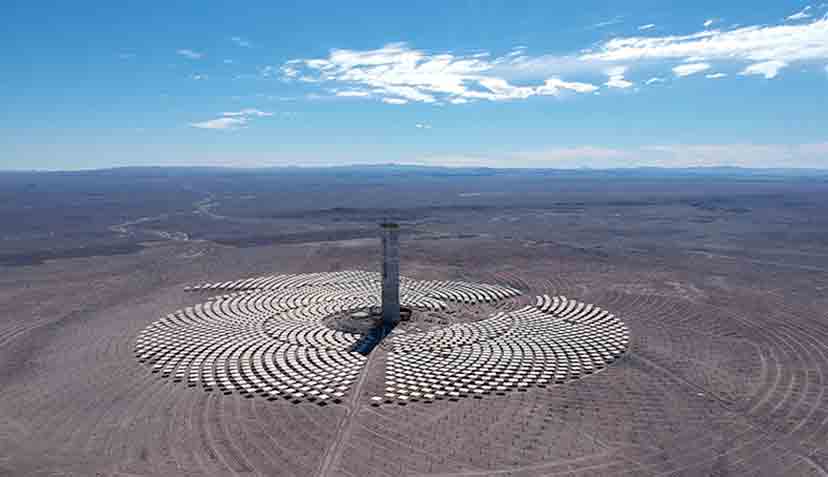