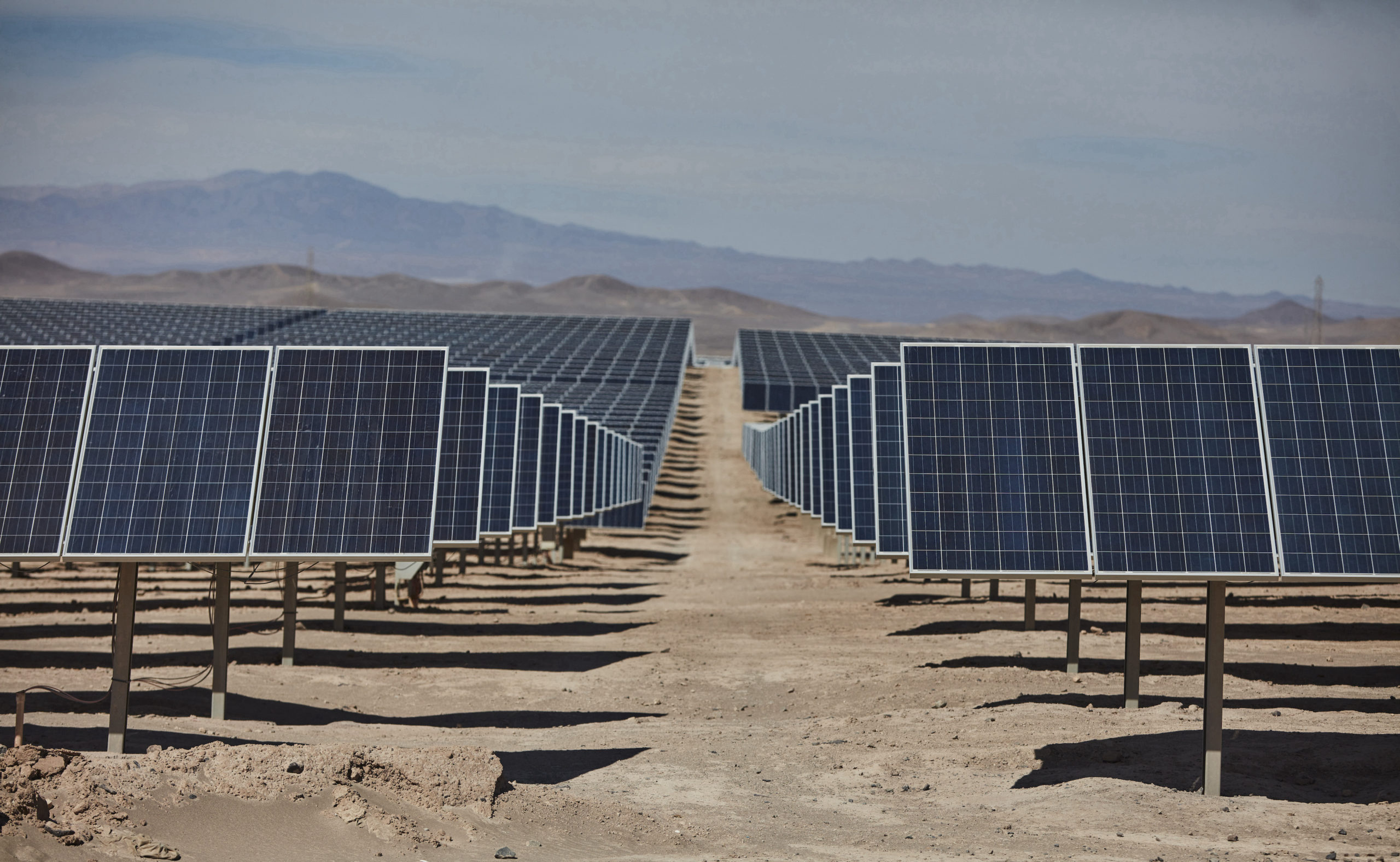 The project, initially submitted as Atacama 2 Solar Power Plant, holds environmental approval for a capacity of 210 MW, which will be expanded to 600 MW.  The photovoltaic plant is located in Sierra Gorda, in the Antofagasta Region, and the energy produced will be equivalent to supplying more than 550 homes.

An environmental assessment of a project, called “Pampa Union Solar Plant Expansion,” was submitted to replace the initial concentrated solar power plant capacity (110 MW) by a photovoltaic plant with a capacity of 500 MW.  The total capacity of the entire Project will thus increase from 210 MW to 600 MW. Power will be generated only photovoltaically.

With the increase in power generation capacity to 600 MW, the Project will inject all of the energy produced to the National Grid (SEN) through a powerline that will connect the plant to the existing Centinela Substation.

This Project also involves changing the route of the power transmission line and the layout of the construction site and camp.  The name of the Project also needs to be changed.  It was originally called “Atacama 2 Solar Power Plant,” which is now proposed to be “Pampa Union Solar Power Plant.”  It is important mention that the environmental considerations in the original environmental assessment remained the same, and any reports needing adjustment were updated, such as Human Environment, Landscape, Flora-Vegetation and Fauna, Archaeology, and Noise.  The Paleontology and Electromagnetic Field components were added to the statement.

Cerro Dominador owns the Cerro Dominador Solar Power Complex that has a capacity of 210 MW, combining a 100 MW photovoltaic power plant with a 110 MW CSP plant, the first in Latin America.  The company, owned by funds managed by EIG Global Energy Partners, wants to contribute to the transformation of the energy matrix by developing 24/7 renewable energy projects.